And the winner is…

The dust has settled and everyone has gone home following last week’s Reuse Network annual conference at Chesford Grange Hotel but the buzz and enthusiasm are still very much there.

Following a first day of information-packed conference on Wednesday 3 May, delegates changed into their ball gowns and three-piece suits to unwind and take stock of this first day during the Reuse Network Gala Dinner and Awards Ceremony.

This year’s awards were presented by Lesley Prescott, Reuse Network Head of Operations and Matt Harding, Associate Director of WRS Insurance and sponsor of these awards for another year running.

Reuse Organisation of the Year 2018 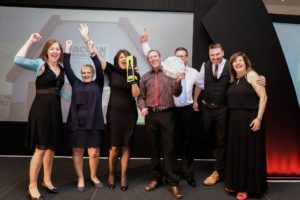 Put to the public vote, this year’s Reuse Organisation of the Year awards went to the Jersey Employment Trust (JET), a relatively new organisation to the reuse sector. The concept of Reuse was new to Jersey but with the opening of the Acorn Reuse collection centre (part of Jersey Employment Trust) at the new household recycling centre in January 2017, the message spread.

In its first year of operation, Acorn has diverted over 111 tonnes of reusable goods from the waste stream and the Woodshack project saved 300 tonnes of wood from being incinerated and turned it into items to be sold. JET is an employment service for people with disabilities and long-term health conditions and through these projects, 132 clients have had the opportunity to gain skills in some aspects of its operations with 190 gaining paid jobs overall during the year and an additional 35 paid jobs were created within Acorn for their own clients by the income generated.

The achievements are important as this is the first major Reuse initiative in the Channel Islands. It’s created one of Jersey’s biggest social enterprises but more importantly, it’s enabled positive changes to many people’s lives who face multiple barriers. 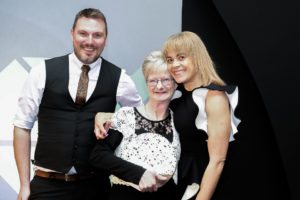 Volunteers are the backbone of the British charity sector and without them, the charity sector would not be what it is today. The Volunteer of the Year 2018 award went to Laney Dimmock of Learning Links, Furnish.

Personal circumstances meant that Laney found herself having to give up her career to become a full-time carer for her sick partner which led to isolation and put a tremendous amount of strain on her life including eventually, the breakdown of her relationship. Last year Laney left the family home, and with nowhere to go and no plans, she had to sleep rough. Referring herself to a homeless hostel to access emergency accommodation and wanting to find a change in her life she accepted the support that was made available.

Laney started to volunteer at Learning Links Furnish and since July last year has dedicated over 400 hours of her time supporting the charity. She’s attended multiple training sessions to develop her own knowledge of the reuse sector, met new people and found further support to fill her time with meaningful activities. From her previous working life, Laney has many skills from managing accounts, administration and providing excellent customer service. She’s also discovered that she has a natural talent for visual merchandising, and Emma Stevens who nominated Laney says that ‘she has transformed their retail outlet to create a welcoming and homely feel for our customers visiting the shop.’ When a vacancy became available as Retail Supervisor, Laney applied and as Emma said, due to her drive, excellent customer service skills and her work ethic, she was the successful applicant. Laney’s now been able to move out of supported living and is renting privately. And in her own words, she says this ‘Furnish has helped me to rebuild my independence, create new interests and like myself again’.

Innovative Project of the Year 2018 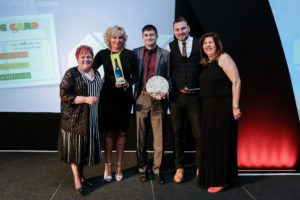 This year’s Innovative Project of the Year 2018 went to none other than Castle Furniture Project, a mental health charity in Fife which supports people through the workings of a reuse project. For a mental health charity supporting people with often complex and multiple needs, being able to track, collate and report on qualitative data such as wellbeing of service users is key to monitoring, evidencing and improving their practice. “Appoint” was developed in-house to provide effective monitoring and evaluation, including a person-centred mood system asking service users how they feel at the start and end of every session. This has meant a lower rate of service-users calling in thanks to early intervention.

“Appoint” has also allowed Castle to keep robust records for staff and volunteers including PPE, driving licences, DVLA checks resulting in no hard copies being kept and enhancing conformity with GDPR as the integrated archiving system is triggered when an exit interview is completed. 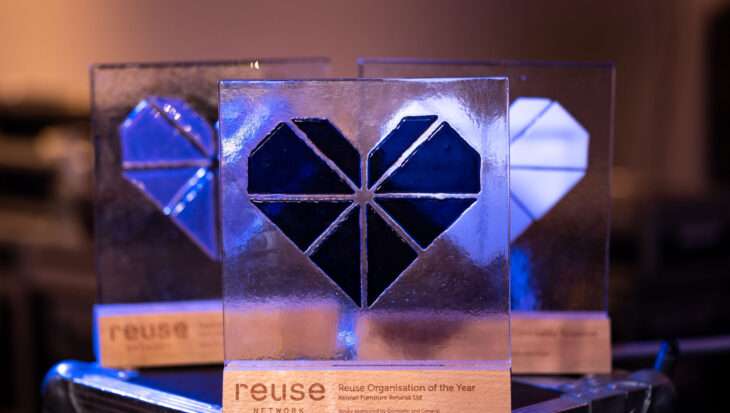 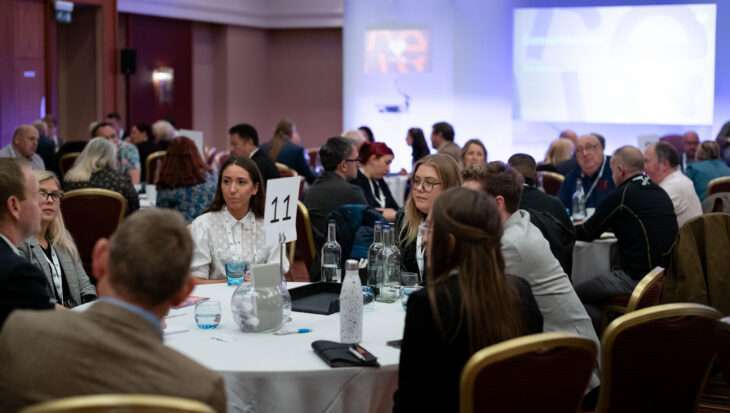