Responding to the Ukraine crisis

Reuse Network is made up of charities who each support a variety of causes, both nationally and internationally. One particular member who work with those overseas is Stella’s Voice, a charity who work to protect the world’s vulnerable from trafficking by providing care, education and jobs to those most at risk of being trafficked. The charity also run six furniture reuse schemes in Aberdeen City & Shire and the Greater Portsmouth area to underpin the work they do, whilst also supporting low-income households here in the UK.

The majority of the charity’s work is based in Moldova, and since the start of the Russian invasion of Ukraine, Stella’s Voice has been one of the first points of contact for many refugees arriving from neighbouring Ukraine. The charity remains on the frontline, meeting refugees at the border and giving them a place to stay, clothing, warm meals, and anything else they may require.

According to Moldovan Prime Minister Natalia Gavrilita, more than 230,000 people have crossed over the Moldovan Border from Ukraine, with 120,000 staying in the country. However, this is constantly changing.

Due to the increased demand of its services in Moldova, Stella’s Voice soon found that it needed supplies in order to continue supporting refugees, and when we put a call out for support with donations of items needed in their homes – our network listened!

Members, Commercial Partners and Friends of Reuse Network alike have all been working together to donate items, facilitate donations, provide storage for items, make deliveries and so much more.

Our Friends of Reuse Network have been a huge support over recent weeks and have worked to get much needed items to Stella’s Voice. 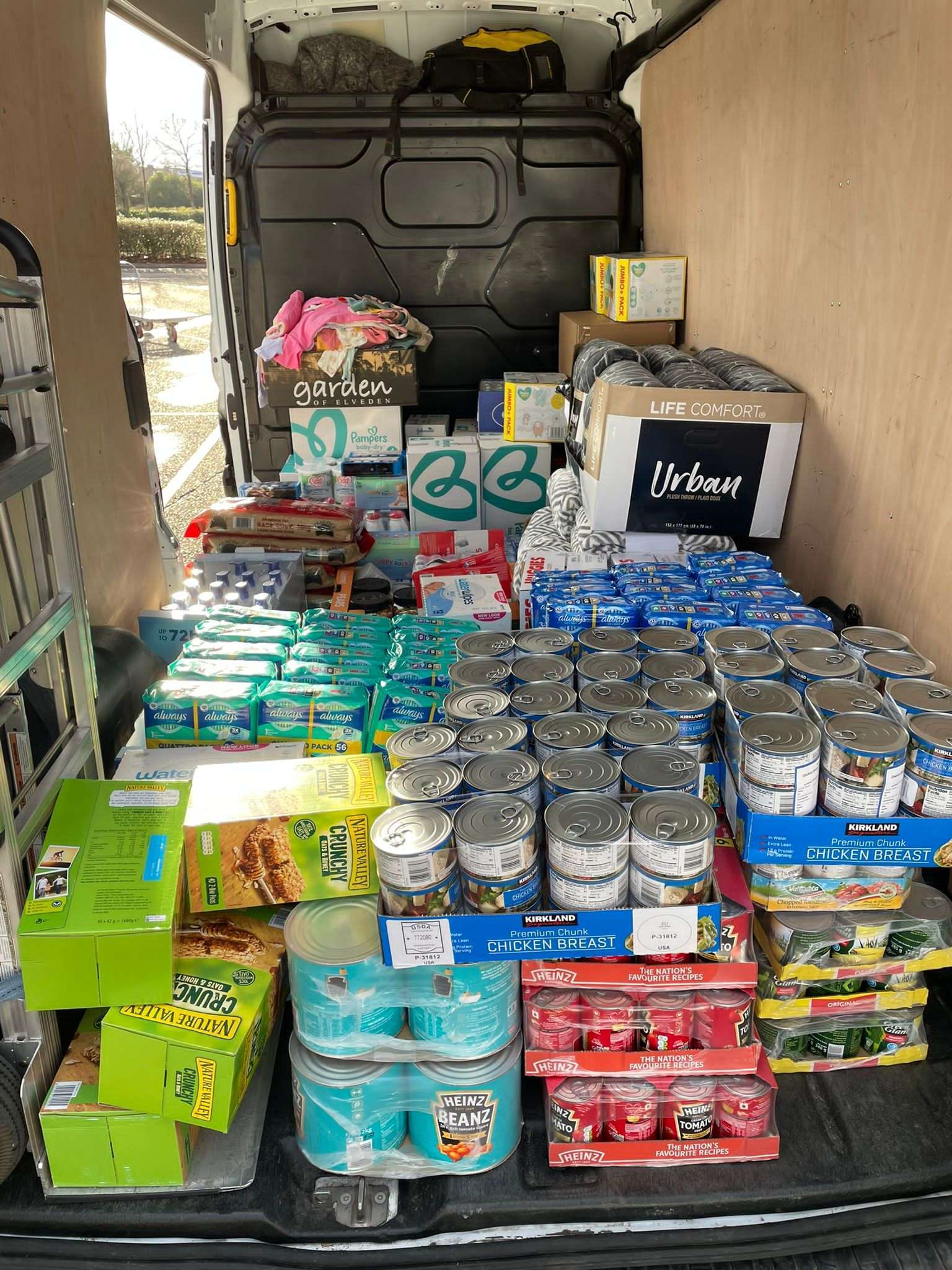 Vesta London, a company specialising in interior design and interior solutions, purchased and donated a van full of brand-new items including baby clothes, food, sanitary products, bedding and lots more. The team from Vesta then drove these items down to the Stella’s Voice donation point in Havant where the charity is collecting items ready for the journey over to Moldova.

Another Friend of Reuse Network, Thomas Kneale & Co Ltd, who are a contract textiles specialist, not only provided 15 pallets of its own bedding and bathroom textiles stock, but also opened up their warehouse to act as a fulfilment centre, receiving and facilitating donations from other businesses, ready for them to make their way down to the donation point in Havant.

‘As a Friend of Reuse Network, we knew their collection of charitable organisations was broad and varied. When we became aware of the Stella’s Voice appeal through Reuse Network, knowing that the donation we wanted to make was going to quickly get to the people that needed the items, it made sense to quickly pull together a plan. In all, we collated 15 pallets worth of our own stock across bed linens, duvets and pillows, bath linens and clothing and were pleased to be able to act as a drop off point for other organisations supporting this cause. What was fantastic was the collaborative spirit of a variety of organisations.’, said Brett Mendell, Director at Thomas Kneale & Co Ltd.

Andrew Hall, Logistics Director at Thomas Kneale, said; ‘We were delighted to be able to support this initiative, both through the donation of our own products and as a warehouse facility for Nectar Bedding. What struck me was the level of support that came from everyone involved in the project. Our own Warehouse Team, who ordinarily start their day at 4am, came in an hour earlier through their choice, to get ahead so they had the time to support the unloading and loading of goods. Everyone is touched by the desperate situation Ukrainians find themselves in and I think that is why people are going over and above to make sure that we can do whatever we can to help the cause’.

John Lewis, a Commercial Partner of Reuse Network went above and beyond in their support – providing a number of 7.5 tonne lorries to help collect and deliver donations from our network, acting as a vital link between the donors, and the final donation point in Portsmouth. The John Lewis drivers dedicated their time to ensure that the donations made it safely to the final collection point in Havant, travelling up and down the country to collect and deliver multiple donations.

In total, the John Lewis drivers travelled over 830 miles! Thank you to the whole John Lewis team for being so generous with your time and resources.

The scope of who we work with is vast, and beyond the network, we are lucky to have built strong relationships within the sector and beyond. When we put a call-out on behalf of Stella’s Voice, our friends reached-out with ways they could help. Nectar, a business who specialises in mattresses and bedding, provided over 1,500 items including pillows, duvets, bed sets and more. The donation was facilitated by Daniel Hague, Commerical Director at ClearCycle, who was able to work quickly to get the donations to the Thomas Kneale warehouse ready for collection by the John Lewis team. It really was a demonstration in what can happen when we all come together.

A special shout out to the individuals and organisations who have supported so far:

It has been humbling seeing how the network have sprung into action to support the ongoing effort to rehome families and individuals arriving in Moldova. Thank you doesn’t seem enough, but we’d like to say a huge thank you to the whole team who made this happen.

Stella’s Voice are still in need of donations, you can find the full list of the items they need here. This list is updated regularly. 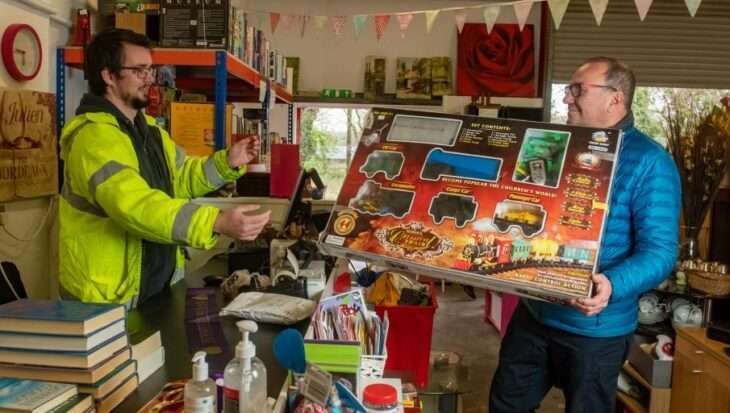